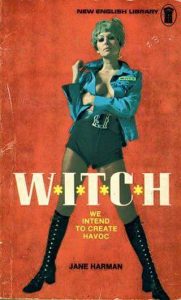 One common tactic in presenting a character from a marginalized group, particularly one whose actions are villainous or anti-heroic, is to focus on their marginalization as a motivation. This is common across media, but is particularly endemic in crime and horror.

Sometimes, this takes the form of backstory: “she became an evil wizard because her village cast her out for being gay.” More often, it becomes part of the character’s morally questionable actions: “she hunts and kills rapists.”

This is generally an effort to make the character sympathetic, and to do a certain amount of ass-covering about presenting a marginalized person in the place of an oppressor.

As I discussed the other day, hanging a character’s bad qualities on the way they differ from the assumed norm (usually “straight white cis dude”) isn’t a good idea. This is one more form of that.

Insidiously, this often gets disguised as representation. “I’m telling the stories that need to be told,” a writer says. Likewise, it’s often presented as being cutting-edge human interest: “the tough story of a woman alone on today’s mean streets.” As covered in my previous post, though, it’s not the kind of representation anyone needs, and as detailed above, it works against the cause of ending marginalization and welcoming broader audiences to media.