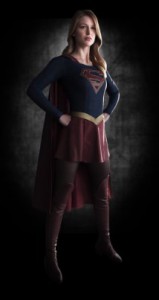 I liked the Supergirl trailer a lot. So, while I’m excited, here’s a new skin for MonsterHearts.

Pick two powers that you have:

Powers always work (within reason). Your moves determine the consequences of that.

You get these two moves:

* When you use your powers overtly…
Roll with volatile.
On a 6-, pick one:

* When you use your powers covertly…
Roll with cold.
On a 6-, pick one:

* Solitude
You have a secret place you can go to, often in a remote or inhospitable location. This place represents a connection to your alien home. You get +1 when Gazing Into The Abyss when in this sanctuary.

* Urban Legend
A local superstition, maybe about you, maybe not, encourages people to attribute supernatural events to something other than you personally.

* Recent Immigrant
You’re unaccustomed to the local culture, which makes you stand out. However, you’re observant in ways others aren’t. You always carry the Suspicious condition, but when you take a String on another character, you can ask their player a question about the character.

You’re taken over by the cold, rational philosophies of your alien culture. You act pragmatically and selfishly, the kind of poorly understood Nietzsche/Rand “superman” douchey college students aspire to be.

Turn back when someone needs your help… but doesn’t need your powers.

Your senses become attuned to your partner. The next time they’re in danger, you know. If you fail to take action, they get a String on you.