Home »Uncategorized»Star Trek and Sci-Fi conflicts with Cortex Plus 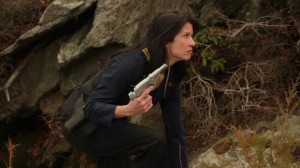 Cortex+ Action Roleplaying provides a mechanism for multi-round conflicts called Contested or Fight Actions. For our hack, we want conflicts  to start with ideological disagreement, then escalate to blows. To do this, we’ll borrow a few ideas from Dogs in the Vineyard and create an escalating conflict mechanic.

The first part of a Conflict Action is determining what it’s about, and on what moral and intellectual basis the parties involved are going to try and get what they want.

First, you need to declare each party’s intent. The intents need to be roughly in opposition, and it’s better if they both involve something happening. (If only one side’s intent involves something happening, maybe it’s not time for a Conflict.)

We’ll call the character who starts the contest the “attacker,” and the one who respond the “defender.” Obviously, though, Conflicts can be situations other than fights.

The defender’s dice pool is:

The attacker’s dice pool is:

After intents are declared, the defender rolls their pool to set the stakes. The attacker then attempts to raise by rolling their own pool.

The total for the stakes and the raise are the total of the respective players’ two highest dice.

(Some threats don’t have conventional Values and Attributes. In that case, the GM should improvise two equivalent traits, perhaps based on what the threat represents.)

If the attacker successfully raises, the defender can either give in, ending the Conflict on their own terms, or attempt to raise themselves.

In order to raise past the initial round, the player may escalate, bringing in an additional trait like a Department or Asset, or a Complication affecting the other character. They may also pay a Plot Point to bring in an advantageous Distinction at d8. This must be accompanied by description of an action that brings the new trait into the conflict. The trait die is rolled and added into the player’s total.

A trait brought in in this fashion may bring other traits with it. A Department automatically brings a Specialty, if relevant. A combat trait (like Security) can bring in a weapon Asset. (See below.)

Each time a player attempts to raise, they can’t re-roll any dice (unless a Talent permits it). They simply add the latest rolled die to their running total.

If the player still can’t reach the total necessary to raise, then their character is taken out.

Complications are generated as for a Basic Action, but only at the end of the Conflict, examining all the 1s rolled.

If a character possesses an Asset which represents a weapon, it defaults to d6, which provides covering fire and such, but does not directly harm the target. Turned on an individual, the character can choose to use the weapon as d8 (stun) or d10 (kill).

A weaponry Asset may be used multiple times, provided its size and consequences are stepped up each time.

If a character chooses to act against one of her Value statements, the player may roll that Value twice rather than the usual once. A single Value may not be rolled more than twice as part of a single Conflict Action.

A taken out character can no longer participate in a scene. They may be injured, unconscious, or captured. The other character gets their intent.

A player who doesn’t want to see their character taken out can choose to give in, accepting a Complication and yielding to the other character’s intent. This generally allows the character to escape or reach some other kind of safety.