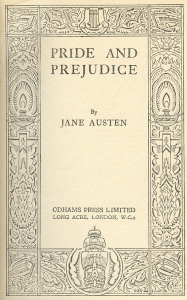 For this week’s theory/criticism post, I’ve invited over Calvin Ashmore, a close friend and Digital Media student at Georgia Tech. Calvin studies game adaptations, both in tabletop and electronic forms. He hopes one day to make a Pride and Prejudice game, which should tell you something about why we’re friends.

Calvin’s been working with a concept called “story worlds,” which has a lot of bearing on how games construct and relate to fiction. It’s a different perspective from what we get in tabletop theory, so I thought it would be interesting to share.

Stories are not static. They move, they change, and the things that happen in them happen for reasons. Story worlds describe narratives using rules. When events in a work of fiction unfold, they do so because it is appropriate for them to do so. A common rule to hear in fictional writing is that if a gun is introduced in the second act of a mystery story, then it needs to be fired in the fourth. This rule is not just a guideline or a convention, it is a mechanic. Rules such as these indicate how fiction works, to the degree that if a story does not follow them, then it feels broken or dysfunctional.

Essentially, story worlds treat stories as simulations. However, this does not mean that stories must be realistic, or simulate exactly what characters would do in a narrative situation. A simulation is an approximation of some other system, be it the rules of physics, the dynamics of characters, or the rules of drama. All of these are systems, they can be described by formal models, but compelling arguments can be made that we perform simulation in our heads during the very process of reading.1

In a world-centric perspective, plot is not static, it is mutable and volatile. There may be determined outcomes, but the essence of a story is in the path it takes to reach its destination. If we look at a story as having a world, then the story itself is just one of many possible valid paths.2 Story world theory pushes toward looking at narratives as fictions3, rather than as texts. The meaning from story worlds comes not from the plotted outcome of a story, but in the system of rules that map causes to effects. In this perspective, games and narratives have a great deal in common.

Applied to game design, story worlds are particularly useful for thinking about composing a design based on a source text or a setting. If it is possible to interpret a text to create a story world, then the world’s rules and mechanics can be applied toward the game design. This is useful for both adapting an existing IP into a single game (a huge number of video games are adaptations, after all), and also for adapting a setting (a huge number of tabletop roleplaying games are adaptations of settings). By using story worlds to inform design, it is possible to recapture some of the elements that make the story enjoyable and create a similar type of experience for players. Story worlds are useful for creating a sense of immersion, and also a sense of participation within fictional universes.

What are story worlds, exactly, in relation to stories then? They have four properties:

One of the most important issues from the perspective of game design is interpretation. What is the right level of abstraction for building a story world? How do we distinguish what is relevant in a story, and filter these into coherent rules? There is clearly no single right way to interpret a world from a text, but there are also interpretations that are better or worse than others. It is possible to identify five key criteria for judging story worlds:

Story worlds are ultimately a tool for adapting narratives into games, and for understanding narratives using the language of games. There are two significant challenges to them, though.

The first challenge is that games made from story worlds are not gamelike enough, namely that the rules for a story are not interesting for gameplay.5 My answer to this is “too fucking bad.” If the point of a project is adaptation, then forcing the game to be more gamelike by including gameplay that is irrelevant breaks the principle of minimality, sabotaging the adaptation.

The second challenge that often appears is that story worlds are not storylike enough, that they allow players to have freedom when the designer would much rather like the player to reach the interesting outcome of the story. My answer to this is “then write a fucking story.” If there is only one interesting path or outcome (a principle which is absurd if you know good players), then the design should be for a story, not a story world.