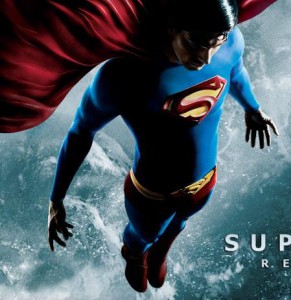 …here’s some of my old dispensationalist DC Universe fanfic.

“But what if you’re wrong?” she asked.

“I’m not. The tremors, the unusual weather… they’re signs,” her husband replied, a resigned tone in his voice.

They walked to the nursery in silence. Lara scooped her son from the bed, then handed him to his father. The baby slept, with all the incongruous timing of babies.

“Isn’t it better he have a chance?”

He hung his head.

Cradling his son, he walked heavily towards the laboratory.

“How many are we looking at, Happersen?”

The man on the screen ran his fingers through dark, thinning hair.

“Forty thousand, sir, at least. As well as the spontaneous abortion of every unborn child in the country. Possibly the world.”

The big man folded his hands.

“What about the clones, Happersen?”

“Then your next sentence had better tell me why.”

“We… don’t know, sir. There’s been some unusual astronomical activity, but nothing we can definitively associate with the vanishing.”

“Then you’d better find out,” the big man growled, standing up and slamming his fist down on the table.

Jonathan hadn’t believed it was the end of the world, until he saw the streak across the sky. Until it landed explosively in his field. He and Martha had pulled the baby from the wreckage just in time, before it had combusted. Wonder of wonders, the boy wasn’t even scratched. Now, as Martha tried to quiet the child, all Jonathan could do was stare.

“They say all the children are gone. And a lot of other folks, too.”

“Except for him,” she said, cooing the words so as not to upset the baby further.

“Except for him. The last boy on Earth, dropped right out of the sky.”

“Sit down, Captain.” General Eiling gestured at the worn office chair. The pilot did so, but stayed perched on the edge of his seat. He watched Eiling across the desk, his brown eyes just a little too open.

“Your superiors in the Air Force told me you had an encounter.”

The pilot laughed. “You could say that.”

“With an alien life form.”

“I think I called it an angel.”

“Well, we’ll know what that body is soon enough,” Eiling said, trying to keep his voice on ‘reassuring’ without slipping into ‘condescending.’ This kid really was out there. “They tell me it gave you something.”

“Oh, that.” Jordan looked as if he’d actually forgotten. He held out his hand, where the engraved band had already settled into the skin. Eiling wanted to touch it, but he knew they were still scraping the last fellow who did off the walls down at Edwards.

“Sorry if I’m not paying attention, General. Just takes a lot of my attention to keep it under control.”

He’d been talking to these freaks all day. A scientist who’d been struck by lightning. A teenager who said he knew the secret name of God. A member of the Greek Ambassador’s staff who’d started speaking in tongues. None of them made any sense, but all of them had evidence. He’d hoped Jordan, a military man, would be a little more composed.

“He told me not to be afraid, General.”

“I’m sorry, sir. I can’t let you–” the officer said as he stepped in Jones’ way.

Jones held up his badge.

“Oh, sorry. Right this way.” The officer led Jones down several cramped corridors, to a group of rooms behind the morgue. He gestured at one of the doors. Jones went through.

The inside of the lab was a mess- notebooks everywhere. Allen was hunched over a microscope, looking at what appeared to be hair.

“Sorry I’m late,” Jones said. “They still haven’t got the trains sorted out.”

“Oh, no problem at all. I’m always running late, myself.”

Both men looked at each other awkwardly, for a moment.

“Well, I appreciate your help, Agent Jones, but… I don’t believe the word was ‘God.'”

“I, uh, ran it back at low speed. And, uh, even though the quality of the audio is poor, we have a perfect view of Hammond’s face just before he opened fire.”

“The movements of his mouth are very distinct. The phoenemes are unmistakeable- there’s an ‘r’ there, just after what we hear as a hard ‘g’.”

Allen gestured at the microscope. “That’s, uh… where it gets weird.”

The farm was swarming with technicians. Excavations were clearly going on in the front yard and the barn, but there were soldiers, police and some kind of civilian consultants combing every inch of the field.

More to the point, the place was surrounded by men with very large guns.

Setting down the binoculars, Jones bit his lip, and looked at Allen.

Barry looked back. “After fifteen years? You have to ask?”

And with that, the former FBI man exhaled, and his skin melted. For just a moment, Barry had a vision of red sand and a terrible fire.

“That’s right,” John said, his flesh still running liquid. “That’s where He exiled us, Barry. Cast us down on a dead rock and blocked the way back with fire.”

“Go ahead,” Waller sighed. As if the man needed any encouragement.

“Looks like our initial spec was right,” he said. “The language wasn’t only Semitic, it actually appears to be based on Hebrew. But there’s centuries of change, here- entirely new vocabulary, most of it not from any known language. The grammar’s wrong, too- it’s substantially more complicated than even most contemporary languages, although it has some Assyrian precedents. If we hadn’t recognized sections of Numbers, we might not have translated it at all.”

“It’s a Bible, ma’am. Or parts of one. Hand-carved into the walls of the passenger cabin, probably as a sort of protective ritual. The killer, though, isn’t what it is, but when the language diverged- sometime between 700 and 600 BCE.”

“You’re saying our superboy is from prehistory?” Waller rolled her eyes.

“No, ma’am, that’s when it diverged, not when it was written. I’m saying it’s likely that whoever wrote this was a member of a culture that developed from that of ancient Israel. I’d say we’re looking at one of the so-called lost tribes. And as hard as it is to believe–”

“That’s nice, Adam, but I think you’d better look at what Hamilton’s boys came up with.”

Waller tossed him the folder.

“They think it’s from space?”

Clark hit the ground, hard. His cape tangled around him as he struggled back to his feet.

“Who are you?” he shouted at the man in black. “What have you done with Lois?”

“The female? The ruler of your kingdom took exception to her. Since he was so kind as to rescue me, it seemed appropriate to do him a kindness. An eye for an eye, as it were.”

The man in black waved his hand, and the shockwave sent Clark careening backwards, ripping through a small truck. Most of the crowd had scattered, now.

“I know full well that this Luthor creature intends to betray me. He will not succeed.”

The man hauled Clark up by the neck.

“But I knew your father, Kal-El. Where he cursed me to an eternity of bodiless nothing, he was assumed bodily into Heaven.”

He threw Clark to the ground again, cracking the pavement.