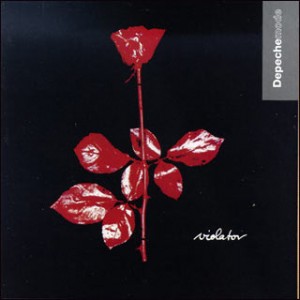 You see what I did there.

Merit: Sympathy for the Devil ●

Once per scene, a player whose character possesses this Merit may roll his character’s Humanity, plus one additional die, instead of the character’s ordinary dice pool.

(Hacks, introduced in Dudes of Legend, are special features of a character not governed by the character creation rules or experience system. They are offered to characters entirely at the Storyteller’s discretion.)

It’s not the burning, it’s the shining.

Some vampires think it’d be great to be able to walk around in the sun. They think the curse is that the light burns them. They’re missing the point completely.

Okay, so, say you step on a nail, right? You feel pain. It stings like a motherfucker. But do you go “oh my God, why have you cursed me with the eternal weakness that I must face pain when pierced by sharp objects?”

No, you don’t, because you’re not a dumbass. You go, “well, clearly, I’m not supposed to step on fucking nails.” If you think about it a little further, you consider that maybe you’re supposed to have intact feet, and not be bleeding all over the place, and you realize that pain is your body’s way of telling you not to do that shit.

That’s actually what that burning is when you feel the sun. The burning’s a defense mechanism, a warning response to stay in the dark. What’s it warning you about? That if you stay in the sun, the herd will know you for what you are. Might be pretty for a few minutes. You might shine like diamonds, but so do the teeth of the wolf. And the herd knows that. In the deeps, in the lizard brain, in the soul.

Now, some humans, they have a condition called congenital analgesia. They don’t feel pain at all. They have no warning when their skin’s being torn open, when their bones break, whatever.

So, too, some vampires. A flaw in the blood. No fear of the light, no pain from the sun. They have to learn to keep themselves hidden. The condition is transmitted, if unreliably, from sire to childe.

These Kindred families tend to shun the cities… their weaknesses are too easily exploited if revealed. And that’s if they don’t look like liabilities to the Powers that Be in the first place.

Instead of suffering damage from the sun, an afflicted vampire exposed to sunlight suffers an effect called Exposure. This phenomena allows humans to instinctively understand the vampire’s nature as a supernatural predator, and causes them to react to that according to their own dispositions. Some become obsessed. Others, repulsed.

The most obvious effect of Exposure is that, when seen in bright sunlight, the vampire’s appearance takes on an uncanny quality–a halo, a diamond shine, the appearance of well-carved marble. In lower levels of light, however, the effects are entirely social.

An individual character encountering a vampire in partial sunlight displays one of the following reactions, as determined by the Storyteller:

– Terror: Instinctively understanding the vampire’s predatory nature and overwhelming power, the character is driven to sudden and absolute terror. If the victim believes she can overwhelm the vampire with violence, she will. If she believes the vampire will overwhelm her, she takes any steps necessary to escape. (For those looking for a more detailed system, these effects closely mirror vampiric Fear Frenzy.)

– Submission: Recognizing an overwhelming threat, the mortal simply bows to death. Treat as the result of a successful Intimidation roll, with the additional effect that the victim will not physically resist the vampire for the remainder of the scene. In future encounters, the mortal may experience this effect again, or experience either the Rejection or Obsession reaction.

– Rejection: Sensing danger, the human will rationalize the vampire as “creepy” or “weird.” From this point forward, once per scene, avoiding or shunning the vampire allows the victim to gain a Willpower point, as if he had indulged his Vice.
This effect can only be removed as if it were a Derangement.

– Obsession: The mortal senses danger, but responds to it with intellectual curiosity or romantic arousal. From this point forward, once per scene, seeking out or discovering a fact about the vampire allows the victim to gain a Willpower point, as if she had indulged her Vice. This effect can only be removed as if it were a Derangement.

10 thoughts on “Why vampires sparkle”