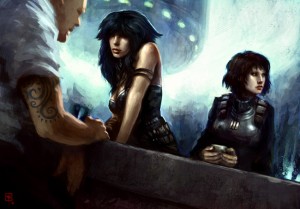 (This post is not about my personal problems. At least, not anymore than normal.)

What I write for work is basically crime fiction. If you look at the places I’ve been given free reign with the Vampire property, you’ll see that my influences are movies like Go, Brick, and The Godfather.

At one point early in my career, Will Hindmarch told me to “Be Fucking Mamet.” Which I interpreted as “American Buffalo.”1 When I developed the EVE: EXILED storytelling game, my characters were criminals whose trust, and lack thereof, was a key mechanical force in the game.2 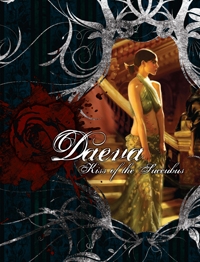 Daeva: Kiss of the Succubus

Which was why I was interested in seeing best-selling thriller writer Christopher Rice write “Why Crime Novelists Don’t Get Women.”

Really, it’s more of a “how crime novelists don’t get women.” Rice outlines four archetypes he’s really tired of. I thought I’d share my own impressions of them.

The Cop’s Wife Who Just Doesn’t Get It

You know, the ultimate cop’s wife is Mrs. Columbo. She’s clearly a real presence in his mind, but you never see her.3 If you didn’t actually watch any Columbo movies, you’d get the impression that she represents the silent female.

But she doesn’t. Mrs. Columbo is a real character… a meta-character, actually, because she’s a character Columbo tells stories about. The relationship between Columbo and Mrs. Columbo is an important part of the narrative even though we only see one side of it, via an unreliable narrator.

I like to imagine, by the way, that if the Mrs. Columbo franchise had taken off, we’d have seen dueling narratives between Kate, talking about “Mr. Columbo,” and her husband, and, as viewers, had to guess where the truth lay between them. 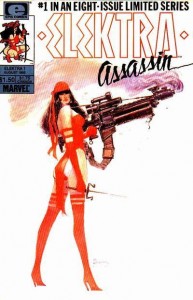 By all rights, I should love this character. Put simple, I love it when pretty girls do violence. It’s because of trauma in my youth. The problem with the babe assassin4 is that she’s generally written as if she’s some sort of exotic animal the writer only read about in a 19th century children’s book.

She has no weight, no texture, no smell. Her clothing says nothing about her. If she’s hurt physically, it’s in a way few of us can relate to, like a gunshot wound. As Rice points out, she usually has epic sexual trauma in her past, but it’s rarely relayed convincingly.

Violence is, I believe, traumatic. I’ve been the victim of it and it’s no fun at all. Inflicting it is something I frequently have to write about and so have researched in some detail. The problem with the babe assassin is that violence doesn’t affect her. She doesn’t have the right traumas or the right callouses.

Let’s be clear, here, I’m not talking about realism, exactly, I’m talking about continuity. There’s no way that a person puts a man’s hand in a garbage disposal, eats dinner at a five-star restaurant two hours later, and doesn’t have some kind of internal life worth writing about going on.

The babe assassin has the same problem with her actions and her breasts: they both lack gravity. 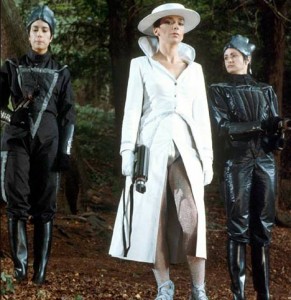 Oh, Servalan. You warped me.

Bureaucrats in crime stories are horribly mistreated. They’re either hard-assed yet compassionate, which is at least a personality, or they’re Vulcans. Rice is talking about the Vulcan type. Pressed shirts, pencil skirts, need every “i” dotted and every “t” crossed. Usually, about as close as they get to a personality is that they have “something to prove,” usually that they can do that something “as well as any man.”

Say what you will about the babe assassin, but she rarely quotes “Annie Get Your Gun.” The problem with the ice queen bureaucrat is that it’s usually impossible to imagine how she does her job as well as any man, because she lacks any of the abilities of the people under her command and any of the personal charm or team spirit you actually need to advance as a bureaucrat.

She should at least be plausible as an example of The Peter Principle, but she isn’t.

The best example of a positive spin on this character is Jacqueline Pearce’s Servalan from Blake’s 7, and she’s from entirely the wrong genre. Servalan’s icy and bureaucratic, yes, but you can see how it works for her as a management style. She actually does pretty well managing Travis and the other egos under her command, while maintaining political relationships appropriate to her position. 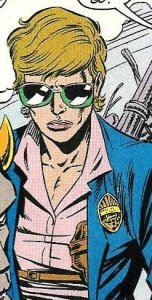 Well… uh… Maggie Sawyer. That’s all I really got here. Sawyer is a recurring character in the Superman comics. John Byrne may be John Byrne crazy, but it’s interesting that he created two of the least offensive homosexual characters in comics. While the Batman franchise has half a dozen interesting police characters, Superman‘s only got one and a half.

None of my favorite books have lady cops who are overtly lesbian in the way that gentleman cops are overtly straight. Which is part of Rice’s point, I think, but it also leaves me with relatively little to talk about.

The most notable thing I remember about lesbians from a crime novel is that ones in The Black Dahlia are kinda like vampires.5 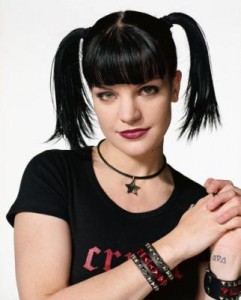 Rice misses a few of my “favorites,” though I’m sure that’s more his word limit kicking in than a lack of insight. A few more to avoid or carefully reconsider:

Dashiell Hammet made the secretary kind of mandatory, to the point that it’s become a multi-gendered archetype. At the risk of short-changing a rich character, Archie Goodwin is Nero Wolfe’s secretary, and perhaps with all the slash that implies.

The kind prostitute is related to the hooker with a heart of gold, the main difference being that she probably doesn’t want to sleep with the lead. (Possible she will, anyway.) She’ll listen to your troubles, but she’s got her own problems here on the streets. She acts mysteriously like the social worker, another archetype. Yeah, she’ll call you if she hears anything. (Which she will.)

The shy hyper-specialist would rather be down in the lab than out on a date, which is good, because she’s the best at what she does and what she does usually involves fragments of human tissue or psyche that the rest of us would rather see intact. Nonetheless, her attractiveness will be noted in passing.

Of all of these, she’s the most likely to get her own series of books.

9 thoughts on “How crime novelists don’t get women”