“Do you remember the first time you played a fantasy RPG? I played an elf, and didn’t know anything about the system, but just imagined it all in my head. I was so amazed that I could choose to do anything I wanted to.”

Over at Grognardia, James posted about the joys of the referee being a player. Aside from some of his asides, I completely agree. It’s great to be a part of the experience of jamming together to create a great game.

James suggests there’s nothing inherently old school about this, and I agree.1 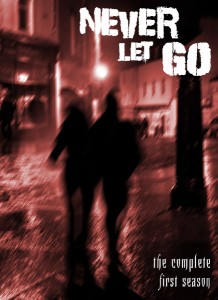 Two of the games I’ve felt most like a player running were my Vampire: The Requiem series Never Let Go and my Donjon campaign Bleeding Earth.

That particular Donjon game was conceived as Vampire Hunter D vs. Nausicaa with Vancian misfits caught in the middle. The story was entirely emergent and, at the time, I thought, rather old school. There were dungeons and the crawling of them and tremendous amounts of player antics.

Donjon was the first game I ever heard the words “old school” applied to, though it lies outside the contemporary definition. The core mechanic embodies a very simple principle: every time the dice roll, something happens.

You roll a dice pool, and every success is one fact you get to add to the game. Those facts are then the referee’s do with what they choose. 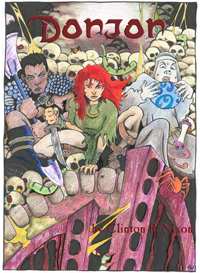 Donjon embodies core principles of Dungeons & Dragons in ways that are elegant and surprising. For example, you create your own race or class,2 but that definition projects out into the game world. Create your vision of a dwarf, and that dwarf class now defines other dwarves in the campaign setting.

I bring up Donjon, in part, because it’s what my own fantasy heartbreakers, combined with my own GM style, always seem to evolve towards. Freewheeling, monster bashing, shared-world exploring fun. The game assumes a slightly more adversarial pose between player and GM than I like to, but it’s not hard to soften that.

And it’s arguably more sandbox3 than the sandboxiest game you’ve played, because not only do you get to crawl around in the sand, you get to build your own sandcastles.

Donjon’s home page is here. It’s a great game, one I truly love. You can also get it for free, under Creative Commons license, here.

I may post more about Donjon, and how I’d address its few flaws, over the next couple of days.