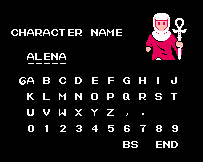 When Fantasy Heartbreaker launched, it was about 80% an OSR D&D blog. The focus has drifted in the years since. Among other things, I don’t run or play as many OSR games as I used to. However, lately I’ve been tinkering again, and I thought I’d share the results of my work.

This system was originally designed for a house-ruled Swords & Wizardry, but shouldn’t be dependent on any quirks of that system.

The system flows from a few suppositions about old school play:

Therefore, the metrics all revolve around how much effort the ritual replaces and how much time you’re willing to put into it. Sacrifice mechanics (of PC HP and potentially NPC HD) make using the system a little bloodier, a little less abstract.

Do your spells need more power or pizazz? Rituals allow adventurers to perform magic beyond the abilities of a conventional spell.

The power level of a ritual is based on the amount of labor it saves.

That power level is modified by preparation that goes into the ritual.

The cost is 1 HP per HD of targets affected. MP costs can be absorbed from non-caster ritual participants. For example, a fighter can provide HP to a ritual being cast by a cleric.

If a living sacrifice is used, its HD can be subtracted from either the power level of the ritual or the HP cost. This is a very unheroic thing to do, but is noted to shed light on the modus operandi of those ubiquitous demon cultists a hero must smite on their adventures.