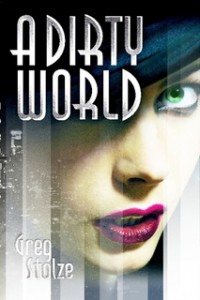 Greg Stolze’s A Dirty World is one of my favorite game designs. It’s inspired several of my own.

To summarize: each of your Identities (attributes) and Qualities (skills) is part of an opposed pair. So, for example, Purity opposes Corruption. Since together each trait pair can’t total more than seven, gaining one often means losing the other.

The intent is that your character’s Qualities will fluctuate regularly throughout a session, as you make choices and get into conflicts, and your Identities will do so more occasionally.

Like a lot of Greg’s work, it uses the One Roll Engine. ORE is a really clever design whereby you roll a dice pool and group the dice showing the same result into sets. The rules use both the Height (the result number) and the Width (the number of dice in the set).

This is a great trick that packs a lot of information into a single roll. However, I count dice very slowly, so when I’ve played ORE games, things tend to bog down a bit.

That’s a long preamble to saying that I’ve converted A Dirty World to WoD-style success counting without changing many of the other mechanics. I’m a little concerned about how damage works, but otherwise I think it’s pretty play-ready.

How hard things are. Ranges from 1-10, only rarely exceeds 1.

Simple actions are actions where no one — or nothing is opposing you. Roll your pool; any roll greater than or equal to 7 is a success, and a single success gets you what you want.

Someone is trying to oppose you. Each of you rolls as if for a simple action. Whoever has more successes get their way.

Multiple actions require you to roll your lowest relevant pool, and to divide successes between the actions.

Each player rolls a d10 at the start of the round. The player with the highest result goes first. (This could be more involved, but I haven’t thought of a good way to handle it yet.)

When you take damage, consult this chart.