Home »Uncategorized»Annie, Would I Lie to You? 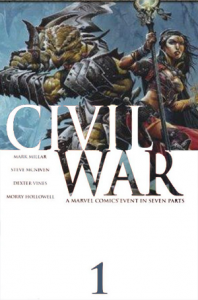 Yesterday, Mike Mearls made a plea for Dungeons & Dragons players to make peace in our edition wars:

Whether you play the original game published in 1974, AD&D in any of its forms, 3rd Edition and its descendents, or 4th Edition, at the end of the day you’re playing D&D. D&D is what we make of it, and by “we” I mean the DMs, the players, the readers, the bloggers—everyone who has picked up a d20 and ventured into a dungeon…

When we look to the past, we learn that there are far more things that tie us together than tear us apart.

Needless to say, I agree. As far apart as any two things called “Dungeons & Dragons” might be, we, the players, are a single community. We share a soul. A network, as Ryan Dancey might say, with balls-to-the-wall externalities.

There are, however, those who doubt Mike’s sincerity. He’s just making nice for the Pathfinder players, they say, in order to lure them insidiously into his brand-new gingerbread house D&D products. The ones that look like candy, but are soaked in cyanide. And WoWcraft.

That last paragraph was my initial response to the skepticism. “You must be crazy to doubt this guy,” I was thinking. But, you know, you don’t have to be crazy at all. It’s one of those things that looks different when you’re working in the industry.

‘Cause, here’s the thing: you don’t get to have the proud but exceedingly unromantic title “Dungeons & Dragons R&D Group Manager” without being a huge fucking fan of Dungeons & Dragons. How do I know? Because I’ve been there. I am here. When you are asked to take charge of designing new stuff for a beloved-yet-still-valuable intellectual property, it is not because you were the person who thought all eight previous versions sucked, and you can do better.

Those people, by and large? They take other career paths.

When you’re put in charge, you’re the last fan standing. You’re the one who loves the game enough to keep working on it when the entire market is alternately shrinking and filling with pus. You’re the one willing to put up with the corporate bullshit. And don’t kid yourself: once you’re in charge, there is corporate bullshit, no matter how wise or well-run the organization. By the time you get to be in charge of ruining the franchise for a whole new generation of fans, you’ve been through a lot, and still love the game so fucking much that you’re willing to step into the line of fire.

From now on, everything that goes wrong will be laid at your feet. At best, your mistakes will get chalked up to the interference of “suits.” At worst, your successes will become dividing lines in new conflicts between the fans. You will go to bed every night knowing that the future, if not the fate, of the world you love more than anything rests on your shoulders.

In those late, hard hours, when you’re trying to wring every drop of cool out of the twisted rag your employer’s property has become, do you hate the rag? Do you hate those who came before you, with their brown books and their red boxes?

No. You love them even more. You look at your predecessors, and do you see men? No. You see giants. Not the kind that eat people. The kind that are Ultraman. You love the work that came before yours all the more because now, just a little, you see what those greats were up against. You know what it’s like to face a fraction of what they faced.

And so you love them with the fury of a thousand suns. When the fans of your work pile up on the message boards and talk about how great your stuff is and how much the old stuff sucked, you want to jump in and start smiting. Just as much as you want to defend your own work against those who call it a debasement, a soulless corporate abomination that has seized a once-great name.

You see the big picture. Because you can no longer see anything else.