Home »Uncategorized»You and Me Against the World

Rose and the Doctor, Fafhrd and the Mouser, Axe Cop and Dinosaur Soldier. Two heroes, simultaneously different yet essentially the same, facing danger and death. Count Dracula without Felix? The Count personally fucks that noise.

Buddy adventure, whether cops, swordsmen, or time travelers, is pretty much my favorite fiction format. I’ve tried my hand at writing it1, and it’s been a staple of my gaming forever. Hackan and Marek were pre-steampunk brother swashbucklers. Frankie and London were two kids lost in the night and the city.2

Oddly, it’s a structure mostly ignored in roleplaying games. I suppose it’s partly because the ur-campaigns of Gary Gygax and Dave Arneson featured large casts of rotating (and sometimes short-lived) PCs. Besides enjoying the format, one of the reasons I’ve run buddy adventure so much is that it’s been easier for me to gather and focus two players than four.

Most games work pretty well with two players and one GM, though rules occasionally need fudging. What, though, about two players, no GM? I can think of a lot of times in my life when I’ve had one other gamer available and neither of us was keen to take on the sole GM responsibilities.

There are a few good examples, but the best is Emily Care Boss’s entirely excellent Breaking the Ice, a game that follows a couple’s first three dates. Boss has a particular talent for what I like to call “roundtable” games — roleplaying games that aren’t so much based on eliminating the GM as distributing the traditional GM duties. In addition to the base game, which you have to play with somebody who’s not squicked at telling a romance story with you, I’ve run a number of sessions of Meet Your New Partner, the same rules applied to buddy cops.

Since this is an under-explored design space, where could we start exploring it? A game about two characters should be defined by the push and pull between them, as well as their push and pull with adventure. The character contrasts (push) and compatibilities (pull) are what drive our scenes. Their motives (pull) and obstacles (push) define their adventures.

Traditional GMed games make the adventure’s pushing the responsibility of the GM. Players may or may not bring push between the characters to the table. Adventure push is possibly the defining feature of the referee as created by Dungeons & Dragons. In my experience, it’s one of the first things that falls out when D&D-style groups decide not to use a GM.

What about pull? Most games provide a bit of intra-party pull in the form of the characters needing each other — rules and settings are generally designed to make sure no one goes alone by default. The adventure pull is usually also the domain of the GM, although most games provide a default pull, like “treasure beneath the earth.”

I’d suggest that for a two player game, the mechanics should remind players to provide push and pull. Your adventure push could be as simple as “roll for wandering monsters.” Adventure pull’s a little harder: at some point, somebody’s going to have to say “this is what we want.”

Fortunately, your genre’s going to come to the rescue for both of these things: pushes and pulls are usually familiar constructs. Buddy cops? Pulled by justice, truth, revenge. Swashbucklers? The glitter of jewels and the gleam in dark, pretty eyes. Time travelers? The wonder of the unknown.

You have a relatively finite number of goal types, then, and it’s easy to brainstorm new ones, especially if you have random tables or other such divinatory aids.

What about pushes? The genre and divination tricks apply here, too, but I’ve also come to the conclusion that having players cycle through pushing each other’s characters works really well. In other words, I describe my character’s response to the situation and the complications your character faces, then you take those complications and respond to them, then send some more my way. 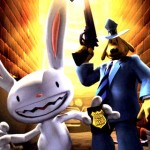 "This place reeks of adventure and excitement, Sam!"

Gameplay lends itself towards being both cooperative and competitive, which most heroic partnerships are. Rose and the Doctor try to top each other on one-liners. Legolas and Gimli count kills.

So, let’s boil this down into a quick list of questions, starting from the broadest subject (characters) and drilling down all the way to the combat round.

Those are your narrative questions, which should be a good foundation for plugging into traditional roleplaying games (with more or less time statting the obstacles, depending on your system).

How can we go further, though? How can we embed those questions into the rules, so that gameplay is a series of natural reminders to do the things that make these adventures better?

And how can we build a fantasy adventure game that utterly nails them?

4 thoughts on “You and Me Against the World”