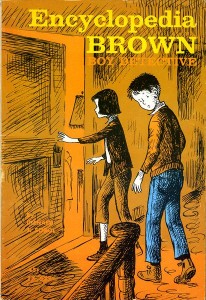 Sally Kimball is a martial defender.

Every year, CCP has a corporate retreat.

It’s about the only “corporate” thing we ever do, and it’s mainly to get people on different projects better acquainted. So for four hours a year, we pretend we’re a regular ol’ company and do some team building. After that, it’s games and booze again.

Except… some of us never stop gaming.

Our facilitator (think of her as the GM) decided to start with an exercise (game) called Spy.  She explained the rules like this:

That might be an okay game… except that it was given to a group of roleplaying game designers. Both groups finished very quickly. Neither group accused any spies.

The facilitator was floored. According to her, she’s run this game hundreds of times, and there’s always at least one player exiled. She asked us why we didn’t accuse any spies. We kind of blinked for a minute, and then I said that the game mechanics were transparent. Her turn to blink.

You’ve probably figured it out already, but here’s how Encyclopedia Brown did it:

As soon as we were separated into groups, we determined the following:

That only left the matter of the math problem. This was supposed to be the hard bit, but it’s actually just a set of addition and subtraction operations obfuscated by a thin narrative. Sound familiar? Ethan solved it, checked his work and had it peer reviewed within two minutes.

I’ll admit, there were two places where we could have screwed up:

How could this exercise have been improved?

Well, it’s relatively simple to design a game of paranoia and mob rule. As Eddy pointed out, you can just riff Werewolf (the Andrew Plotkin/Dimitry Davidoff one, not the Bill Bridges/Ethan Skemp one). The mechanics of that kind of game are pretty well known at this point.

That’s a party game, though, not a team building exercise. If you want to keep the central narrative of learning that there are no traitors, your best chance is to obfuscate the situation a little better.

I’m not a fan of this kind of game design1, but there are established design patterns, and they’ll fool people for the span of a 10 minute game.

So, some possible improvements:

At the end, though, you’re still left with a game that only delivers its intended story (and moral) if the players lose. That’s not going to be a satisfying game. It’s true that it might create player unity against the GM/facilitator, but the GM is there representing the larger authority of the employer. So even if the design brings players together by making them resent the GM, they’re only transferring distrust and resentment onto their own organization.

A better overall approach is to follow the PvE design principles of computer and tabletop games, making the antagonists a part of the narrative (“oh noes, the Soviet Orcs!”) while providing benefits for the players to work together against a real but limited chance of failure.

The facilitator should appear to be a neutral party, introducing challenges that are presented as a part of the game and narrative. Rewards should be offered for success, in order to motivate genuine cooperation, but there should also be a consolation prize, because if you present a chance for failure, people will sometimes fail.

And that’s why team-building consultants should hire game designers.