Home »Uncategorized»Your quest is not your story 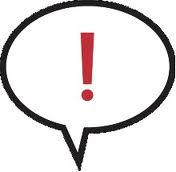 Good morning, MMO designers. Nice day, isn’t it? Well, I hope it is where you are. I’m in Atlanta, where we have “southern charm,” a concept best summed up as “the curse the swamp-witch put on us for choosing to build here.” Or, perhaps, these summers are the ghosts of Sherman’s fires.

Anyhow, it’s great to have you all here and I’d like to talk to you about something important, vital, beautiful even.

The story your player experiences when they play your game.

I realize you’ve got an opening cutscene, and a heavily-scripted tutorial sequence that’s almost like a real game. But in a couple of minutes, you’re going to let those players out into your world1 and they’re going to be experiencing a very different story.

Ah, but you’ve got quests to handle that, right? And voice acting, and instances, and…

…no. No, I’m afraid that’s not going to be the story the player experiences.2 From here on in, they’re experiencing their own story, and it’s going to flit in and out of contact with the ones you’ve prepared.

However, the typical player won’t experience that narrative directly. He’ll come into the zone to help a guildie get his bindles, get plot point #1, run into a Drunken Fratass spawn and spend a while grinding Alpha Betas, gain a level, alt-tab away to check the message boards, go to the auction house for a better Beat Stick, go farm the hobos, hang out in local chat for a while looking for a group to take down the king for #2.

In most single player games, an individual quest3 is a continuous narrative and gameplay experience. In MMOs, this is almost never true. Rather than being thought of as atomic units of gameplay, quests must be broken down a lot smaller, as I’ve said before.

What I didn’t treat back then is that players don’t experience those units in order. They zigzag through content chunks and through other gameplay systems (trading, open PvE, PvP, etc).

The ramifications for content writing are significant. Each segment of a quest must be self-contained not only on as an objective, but also as a narrative. The player must be able to come back to part 2 days or weeks after completing part 1. Even within parts, they need to be able to quickly get back up to speed on mechanical expectations and narrative context.

The impact on narrative design is even wider. The game’s story cannot be carried entirely by elements that players will walk away from and will only probably come back to. The real story they experience is a product of many systems and many content chunks.

That means that not only does your content have to be able to get players in and out and up to speed effectively, but your other gameplay systems have to carry your game’s story.

Some elements of EVE are really good at this. The centrality of the player market, for example, is tied in to the setting fiction. If I remember right, we actually put the market window in a storyline trailer.

I’ll be looking at that soon. But first, we’re going to have to consider what “multiplayer” really means.

7 thoughts on “Your quest is not your story”