Matthew J. Finch’s A Quick Primer for Old School Gaming has been around a while, and, in certain Dungeons & Dragons circles, is held as a sort of Leviticus on how the game is supposed to be played. I, however, did not start gaming in 1974.1

That said, here’s some of what I’ve learned so far. 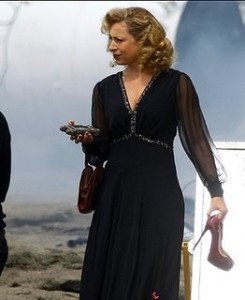 We wouldn’t be sitting here in a spare room full of Apple IIs arguing about which Carmen Sandiego poster is the hottest if we weren’t friends. And it’s certainly because we’re friends that we stopped naming Oregon Trail characters after each other.

Now, being friends isn’t some magical thing where you never argue or always do everything together or whatever. And just like you don’t always get along, your characters don’t get always get along. They also don’t always work together. For the most part, an adventuring party is a social group, not a sports team.

If the rules break your game, break the rules

The core mechanic behind middle school gaming is “stat + skill = whatever the GM says.” Rules are important, because they lend structure to play and provide a common vocabulary for the game, but the main adjudication remains in the hands of the human beings at the table.

The GM shouldn’t be a tyrant. Forcing people around to obey your will is for Debbie and Ms. Frost. Which brings us to:

The GM’s supposed to provide action

No aspect of the game is so important that things should stop happening. Forget puzzles and “player skill” and all of that… if the characters are stuck for ten minutes at a dead end, something should happen and it’s usually GM’s job is to provide that.

The GM should also keep the world moving. I don’t mean you need to map out the troop movements of every city state or envision every insult a vampire makes to another. But there needs to be a sense that the world isn’t sitting, paused, waiting for the characters to wander into the appropriate hex.

Do what seems like a good idea at the time

If a cool idea strikes you, run with it. Player or GM, doesn’t matter. What you planned earlier isn’t as much fun as what you’re doing now and you’ll all have better memories of the session if you broke it. 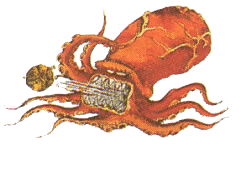 Come on, this guy deserves to be in the Monster Manual.

If White Wolf asks you to turn your game into a novel, you may have some problems here, but otherwise? Go nuts. Like the Octorok from The Legend of Zelda? Give him some hit dice and you’ve got the Roktopus. Think Frank Frazetta’s Death Dealer would be more awesome as a Nazgul? Time to make that noise.

21 thoughts on “A Quick Primer on Middle School Gaming”