“Everything that you wanted I have done. You cowered before me, I was frightening. I have reordered time. I have turned the world upside down, and I have done it all for you! I am exhausted from living up to your expectations of me. Isn’t that generous?” 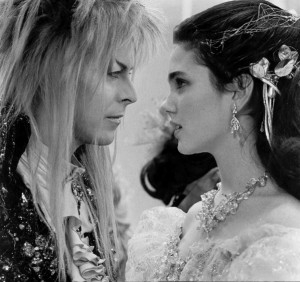 I’ve written a lot of roleplaying books, and developed a couple more. One thing I’ve never written, though, is a “how to GM” section. The closest I’ve come is writing some “how not to squick your friends” advice in Kiss of the Succubus. I may have to, in the near future, and it’s important to understand your own style before you give advice to others.

I’ve also deliberately played in a few different styles recently, and I think I’ve got a better idea what the middle I drift towards is. And as in so many things, I am very, very middle school.

I promise to bring something to do

My games are about the players’ characters, and what those characters choose to do.

To that end, I’ll come to every session with something for the characters to do. A mission, a dungeon, an event in the world. I’m generally fine if they choose to do something else, though; about 75% of my best Vampire game,  Never Let Go was driven by in-character choices I had no hand in.

My favorite TV hero is the Doctor, who travels in a ship made of bits of everything and solves most of his mundane problems by jamming a screwdriver in something and opening it up. I like him because I identify.

If something’s not quite the way we like it, I’ll fix it, and if the fix doesn’t take, well, then, I’ll be back in five with something that does. I don’t change things to suit my whim alone, but expect me to change rules and setting elements at the behest of you, your fellows, and the play experience I’m aiming for.

And, while we’re on the subject, I’m a game designer, and a prolific2 one. One thing I’ve learned flitting back and forth from behind the curtain is that designers don’t have some high and holy power to set the rules and the settings.

We were never meant to, either. Rule zero, golden rule, whatever you want to call it… these books come with a license to tinker. We wouldn’t put them together the way we did if we thought they were bad this way, but we don’t mean to bolt you down. Let your vampires come out on rainy days, get the government in on the masquerade, take flying out of Scion. It’s your game.3

Your character is yours

You decide how involved to get with your character, both in terms of detail and in-character play. I have a strong preference for the latter, but I don’t tend to make it a rule. And I realize that it can be particularly difficult at a game that runs in one-hour installments.

I do, though, expect you to tell me what your character is doing, or at least answer when asked. We can talk actions out or roll them, discuss them out of character or in, but we need to have a common idea what they are.

I don’t mind if players sit on their characters’ shoulders as guardian angel, but I’m perfectly happy to let a character die messily if that’s what his player figures would happen. I don’t necessarily equate “skilled play” with either “character immersion” or “character survival.”

I find that a lot of my creativity is driven by friction, wherein facts that don’t go together easily rub up against each other and create possibilities for play. This is one reason I’m such a fan of random tables, but it also drives the way I create game content in other contexts, too.

I strive for in-character friction, too… not the sort where the kender’s always taking the paladin’s foot cream, but the kind where not all the pieces of a setting fit together comfortably.

Sometimes, that friction’s front-loaded: what’s a werewolf doing ruling a district of a vampire city? What’s a starship from the fortieth century doing stalking a woman from the eighteenth?

Other times, it’s slow-dawning: how did a vampire commit those kidnappings if one happened in broad daylight? If there’s only one clock in the room, and it’s broken, then what’s that ticking?

At the same time, if you catch me just being cryptic, please warn me. As I tell my freelancers: mysterious is when the pieces don’t all fit together. Cryptic is when no one will give you any pieces. In roleplaying, at least, I despise the latter.

Play first, memory second, and the rest can go hang

The most important part of a game is the experience of play. Every rule, every conceit, every theory4, everything and anything else can be sacrificed in the name of a good session.

The second most important thing is the memory of play. Like nearly every other hobby,5 the stories you take away from a session and the memories of good times with good friends are important. A memorable twist or character action is a precious thing, and should be rewarded and remembered.

So, those are my principles. What are yours?

2 thoughts on “How I Run Games”